Before the advent of internal communication software, most offices would communicate internally either through email or through multiple meetings that may take up too much time.

There are many options in the market that look to improve the way we use technology to communicate in the office. (Which I will get to later)

This, paired with the rising numbers of tech-savvy millennials entering the workforce, it makes sense for a company to invest in a good internal communication software.

But just how beneficial is technology in office communication, and what does it help with in today’s working space?

Setting up a network that is easily accessible lets employees feel engaged with the rest of the office. It informs them on what is happening around, what other teams are working on, and if there is anything that they can contribute.

One very important detail about these internal communication networks is that they are live. This means that whatever message you send to a person, you’re able to see if it has been sent and read.

Having an internal communication network is like having the company’s own social media platform. Which in return, encourages employees to share whatever problems they face during their working hours.

There may be times where Peter will post a video of his cat trying to reach for food but that won’t be a big problem as long as he shares it on the right channel.

With internal communication acting like a social media platform for a company, it means that employees will be posting relatively often. This helps employees bond regardless of which department they came from and who they report to. A study even shows that social media helps to fuel employee activism and that 50% of employees would post about their employer.

We’ve talked about how easily it is for employees to share cat videos to how easy it is to invite Jessica out for lunch, but how well does this translate to productivity?

Incorporating technology also makes it easier for employees to access certain documents that you may want to share in the department. For example, if you are looking to generate leads, you can share a Google document and let everyone edit it without having to resort to paper. The great thing about these changes is, that they’re live and you’re able to see who edited them last.

While seeing messages in the form of text may not be everyone’s cup of tea,(or coffee) most intranets also give you the option of holding calls or video calls. This makes holding remote meetings easier when said person is not in. This way, you don’t have to wait for Sandra to come back from her two-week vacation to discuss something important, and she can still enjoy a margarita in the Bahamas.

While we’re on the topic of being somewhere else…

Opening The Doors To A Remote Office

Technology has made the importance of having a physical office less important. After all, the main reason why there needs to be a physical office is so that communication is clear. However, there are many companies out there who have successfully made a remote workforce with little to no consequences in productivity.

Having a remote workforce reduces overhead cost and also gives employees the freedom to work in a place they’re most comfortable in. All in all, a win-win situation.

Thanks to applications like Riot, communicating remotely is as easy as can be.

Probably one of the most talked (and used) office communication/task management software around. Like most of its kind, Slack lets you communicate seamlessly and also create channels if needed. It also helps that it’s compatible with most of the devices/software in the market, and is very easy to setup. 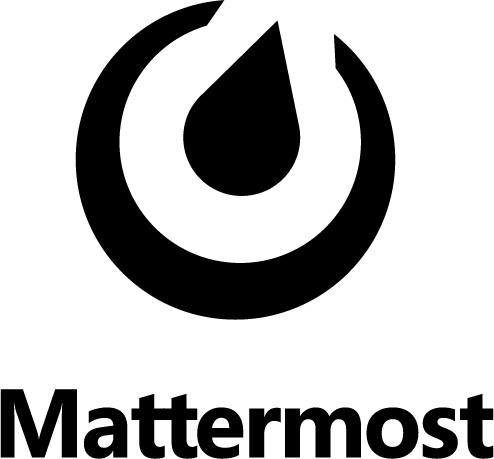 One of the more popular “Slack alternatives”, Mattermost lets you have a single account for multiple teams unlike Slack and is also Open-Source. It comes with a multi-language support and many other features that don’t come in some software. However, some say it isn’t as slick as Slack which is more suited for the general public.

Riot is also an open-source communication software which has the features of Slack and other messaging platforms on the market. One of its key differences is its end-to-end encryption which provides more security.

Hipchat comes with a built-in video calling and screen sharing feature. While Slack may have the same feature, it seems that Hipchat is more stable with it considering that they launched the software with it unlike Slack.  Hipchat also integrates better with other software, especially if you’re using Atlassian products like JIRA.

Not as good looking as basecamp in my opinion, but it integrates really well with Slack. Also, if you intend to move away from its free model, it isn’t as pricey as Basecamp.

Mainly used for software developers and other tech professionals, it still does wonders for project managing but is more suitable for software projects.

Google drive lets you use other office tools called Google Docs. This is the one differentiating factor between other cloud sharing services. It’s also easily accessible if you have a Gmail account and most of all its free. As it stands Google Drive gives you the most space without payment (15GB).

Dropbox is known for its speed in uploading the files and is also a bit more developer friendly. You’re allowed to enable a feature of LAN syncing which can make transferring files internally much faster. While you may not get office tools like Google Drive, it still is a very good service all around. The free storage is only 2GB though.

A Microsoft cloud sharing service, OneDrive is great for anyone who is already invested in Microsoft appliances. 5GB free storage but if you’re already a 365 subscriber, you get 1TB of space. Given that most of your software is Microsoft, OneDrive integrates seamlessly with it.

There is a myriad of applications to use when wanting to incorporate technology in your workplace. The ones stated are the more common ones used in today’s market.

All in all, technology is a good tool to incorporate into the office if you’re looking to increase productivity, engagement, and cat videos.